Self Righteousness and Your Work, If you won’t be… then who will?

Being self righteous has always had a bit of a negative connotation for me. I’ve judged people whom I’ve perceived as self righteous and when I said it aloud it hasn’t always been lovingly.

Right or wrong, thats a judgement and story that I have carried for way too long, and I’m being asked to surrender it big time right now. the shadow side of my judgment stems from jealousy of others and their willingness to stand up, speak their truth and lay it all out on the table. While I have no idea what their inner landscape and stories are saying to them while they do it.

To me they have no fear. They appear that they don’t care what others are thinking or saying about them. I’m mean, I’m saying their a little too self righteous for their own good, and they’re still doing it.

When in fact, they’re courageous. They are willing to believe in themselves, their words and their work enough to share and speak about it with confidence, conviction and heart.
Self righteous or not, they’re doing it. And that little label of judgement is stopping me from doing the same. Which means I’m being forced to look at it in a big way.

I’m amidst the second draft of my book rewriting entire chapters because they have had their own evolution from the first draft that is requiring greater refinement and I’m riddled with self doubt.

Who wants to read this? Does this even make sense? Who am I? All of the stories that so many of us have to grapple with, and I realized that this judgement I have about being thought of as self righteous is what is stopping the flow. 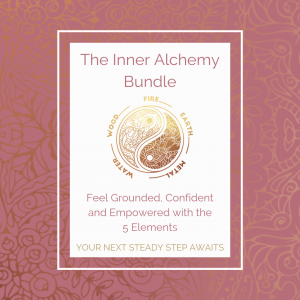 In pulling it apart, I’ve come to realize;

If I’m unwilling to get behind my own words, who else will?

If I’m not willing to believe that that there’s value in the body of work that I have to offer, why am I trying so hard?

If I’m not willing to share what I have to say…then what?

That last one, hurts.

Because not sharing, feels as though I’ve turned my back on my soul, and that’s way worse than being labeled with a judgement that is irrelevant when you are showing up and sharing your purpose.

So, here’s to being Self Righteous!

Here’s to being inspired instead of a cynic of the others that are showing up and believing in their worth, words and work.

Here’s to more of us, sharing our souls mandate with those that it’s meant to impact. 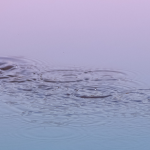 no.003 Don’t Doubt The Raindrops 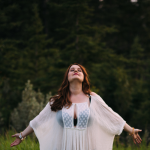