Evidence of Your Resiliency

This is a belief and story that I’ve told myself for as long as I can remember.

I like to start things and when I get bored I leave them and move on to the next thing that catches my curiosity.

Then, I get mad at myself and tell myself even more hurtful things.

This is a story that I’ve told myself since my former skating days. The reason why we didn’t place where we wanted, that was on me and my lack of follow through. I should have gotten to the gym more, I could have done more run-thru’s of our program all of which have nothing to do with my ability to follow through, not to mention the fact that I was only one of a pair and we also had coaches and trainers and so many people telling us what to do.

But with each disappointment the story prevailed and further ingrained itself into my thoughts and eventually my actions.

When I went to Chinese medicine school, I learned that I had a predominance of Earth in my chart, and struggling to follow through with ideas was something that Earths experiencing disharmony can struggle with. Right there and then I felt vindicated in allowing this story to hold even more power over me.

Except, even though yes, Earth elements when they’re bandwidth is full and they’ve spread themselves way too thin and they often struggle to say no out of a deep sense of loyalty they have a tendency to experience difficulty in following through. Often when it has to do with their commitments to themselves. Big caveats to this whole notion let me tell you. (If you want to reveal your element type click here)

Upon reflection, as I sit with this belief and the story that I have allowed to take up space playing on repeat in my head, I realize that it’s a lie.

When I list out all of the experiences where I have fallen, I mean literally fallen.
We fell in our long program at nationals, and instead of just giving up because you can’t do that in front of 17,000 people, we got up, found the beat and pretended like it didn’t happen so that we could finish all with huge smiles on our faces.

In times when I struggled, I hung in there through my second year of university when all I wanted to do was drop out because I didn’t fully know how to deal with the changing and loss of my identity after retiring from sport where I felt completely lost without purpose.
But I finished, and I’ve finished so many other things both big and small such as:

and most recently finishing another draft of my manuscript 5 Element Alchemy to name just a few of the many.

When you start to see them all listed out in black and white, its hard to fight the obvious evidence that if its something that I believe in, I don’t have an issue with follow through at all. 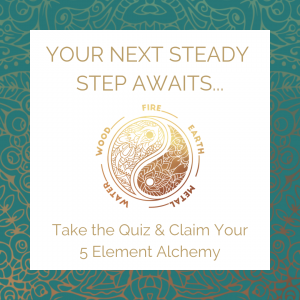 In fact, I have a list of evidence that confirms my resiliency.

This list will be the fuel that will assist me in accomplishing my next endeavour.

I’m willing to bet that you have a list that you can be supported by too.

What ever the belief that you have that circles around your brain that makes you question your worthiness or ability. I invite you to make a list.

List out all of your accomplishments both big and small, put them front and centre where you can see them. Refer to them as often that you need.

This is evidence of your resiliency.

This is your confirmation that you are amazing. When something is in alignment with your being, you will walk the steady steps to making it so. You can bet on yourself and your conviction. So where or what are you going to put your efforts into now? 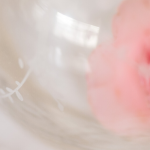 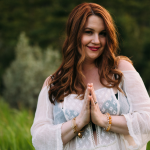 Harnessing the Elements for Manifestation